The Feast of the Ascension of our Lord and Saviour Jesus Christ is also called Holy Thursday, Ascension Day, or Ascension Thursday. It is, as we know it, one of the earliest Christian festivals, dating back to 68 AD.

On this day, the worldwide Christian church commemorates the bodily Ascension of Jesus into heaven after he was resurrected 40 days earlier. In the 40 days after the resurrection, Jesus met frequently with his friends and followers, as you can read in the Bible. While blessing his disciples, Christ ascended into heaven and took his place at the right hand of the Father.

Ascension Day is traditionally celebrated on a Thursday, the fortieth day of Easter (following the accounts, given in Mark 16:19, Luke 24:51, Acts 1:2 ), although some Christian denominations have moved the observance to the following Sunday. Some Christians will celebrate Ascension Day by attending church services, praying and singing hymns.

On the 40th day, Jesus took his disciples to the Mount of Olives, where they watched as he ascended to heaven. This day symbolizes the end of the Easter season and takes place ten days before Pentecost.

It’s great to understand Jesus is in heaven, where he is still participating in our lives. The Bible explains that he’s praying for us, he’s our advocate and He understands us. Because he was a human like we are. 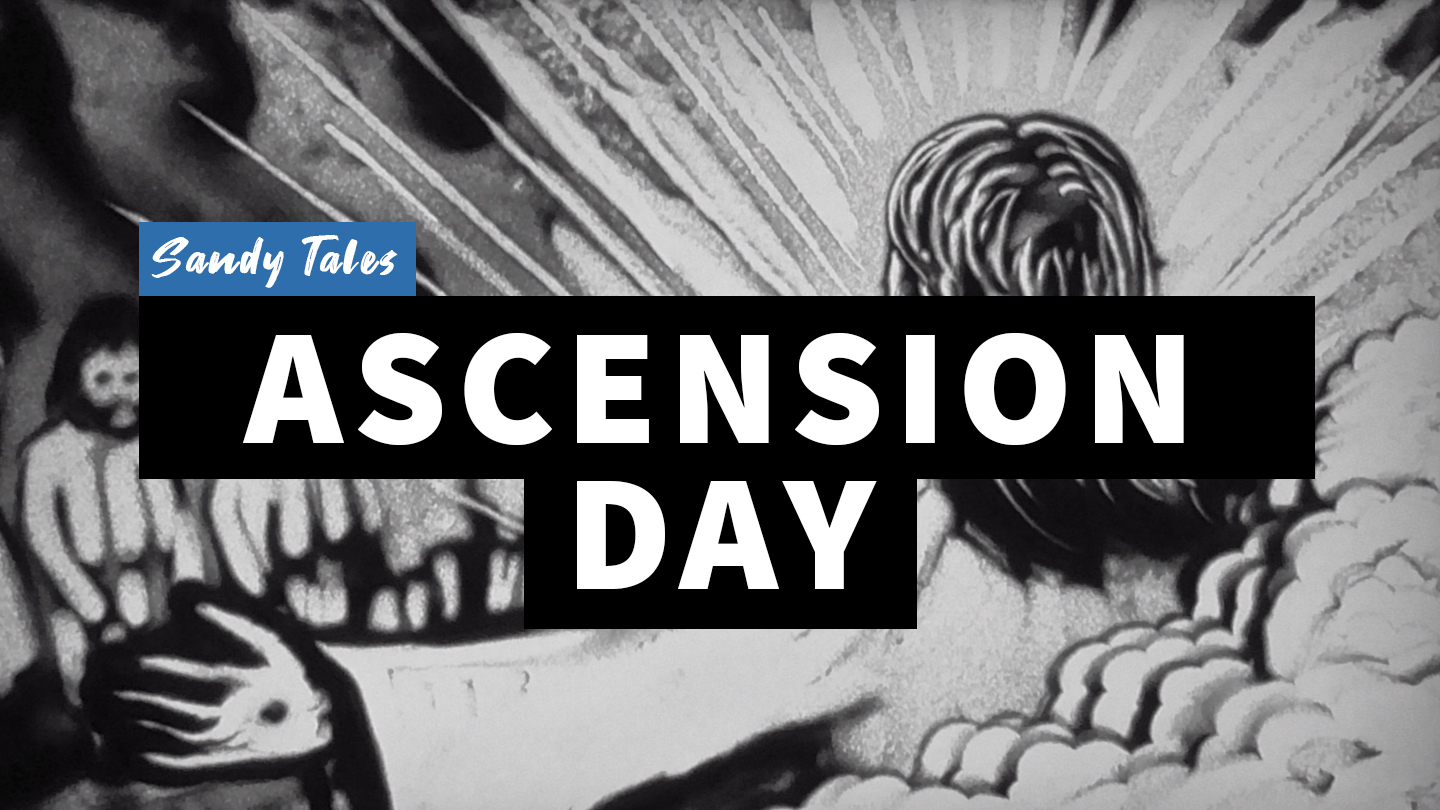 In this Bible reading plan, you will discover a rich background behind this Christian holiday. In ten days, you will dive into ancient writings and discover that Ascension Day may be the ultimate King's Day celebration.

Start the Reading Plan
C.S. Lewis on the Ascension Day

C.S. Lewis, the writer of many books (like Narnia and Mere Christianity), was also a well known Christian thinker. Besides the children's stories and science fiction he wrote, he wrote several books explaining Christian doctrine. He wrote about the tremendous event of Ascension Sunday:

"The records represent Christ as passing after death (as no man had ever passed before) neither into a purely, that is negatively, 'spiritual' mode of existence nor into a 'natural' life such as we now know, but into a life which has its own new Nature. It represents Him as withdrawing six weeks later, into some different mode of existence. It says - He says - that He goes 'to prepare a place for us.' This presumably means that He is about to create that whole new Nature which will provide the environment or conditions for His glorified humanity and, in Him, for ours. The picture is not what we expected - though whether it is less or more probable and philosophical on that account is another question. It is not the picture of an escape from any and every kind of Nature into some unconditioned and utterly transcendent life. It is the picture of a new human nature, and a new Nature in general, being brought into existence. We must, indeed, believe the risen body to be extremely different from the mortal body: but the existence, in the new state, of anything that could in any sense be described as 'body' at all, involves some sort of spatial relations and in the long run a whole new universe. That is the picture - not of unmaking but of remaking. The old field of space, time, matter and the sense is to be weeded, dug and sown for a new crop. We may be tired of that old field: God is not." (from Miracles, p.149) 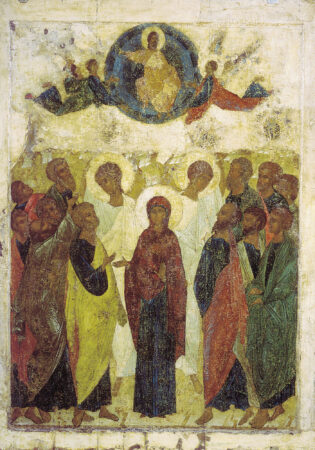 Icon of the Ascension of jesus (Andrei Rublev, 1408) 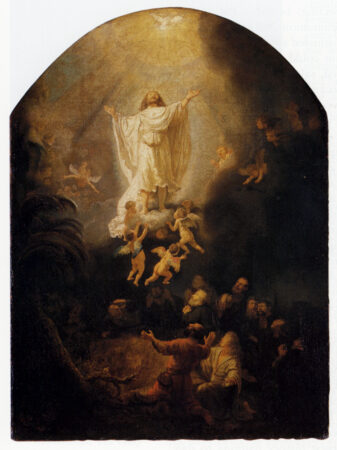 The Ascension Of Christ by Rembrandt van Rijn (1636)

When is Ascension Day?

When is Ascension Day?