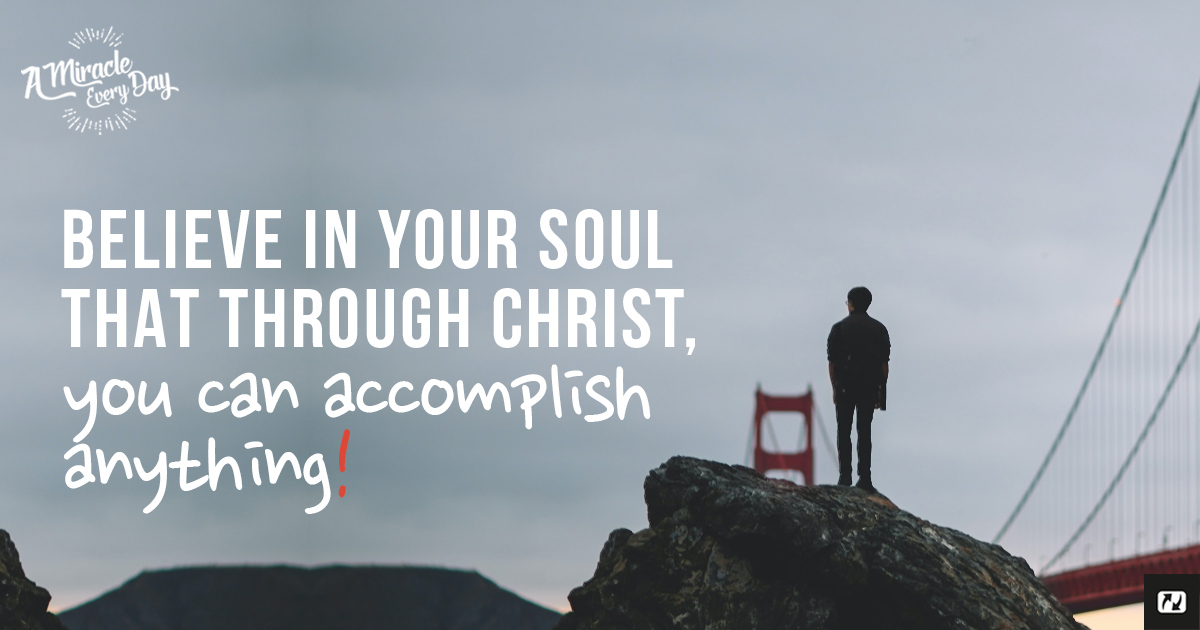 If you had a little more confidence, could you achieve more in 2021? If you had more talent or skills or spunk, could you be more prosperous? If you had better self-esteem, would you dance more wildly, laugh louder, or kiss with more passion?

The Apostle Paul seemed to have that little “extra,” which gave him huge doses of confidence and power: “I can do all things through Christ who strengthens me.” (Philippians 4:13, NKJV) Paul believed deep in his soul that he could accomplish anything. He was, of course, referring to overcoming difficulties, setbacks, and all kinds of trouble: “I know what it is to be in need, and I know what it is to have plenty. I have learned the secret of being content in any and every situation, whether well fed or hungry, whether living in plenty or in want.” (Philippians 4:12, NIV)

My dad used to say, “When the going gets tough, the tough get going.” My dad was not much of a talker, but he had these one-sentence zingers. He was a war hero who had seen half his brigade killed in action. He was wounded in battle and survived to “not talk about it.” He never talked about the pain, horror, or memories that would haunt him. I remember him screaming in the hallway at night, fighting a long-gone enemy that somehow crept back into his subconscious. That’s the funny thing about memories—they tend to surface at night while you’re dreaming.

Although he battled these unseen forces, he still worked his way up the corporate ladder and became the president of a large corporation. My dad was my hero in my early years. He could do anything. He turned a European company around in just three years. He befriended aristocrats and storekeepers everywhere he went. He was classy and handsome until the day he died. I’m grateful for his example.

Nothing could stand in my dad’s way until he met cancer, and it seemed to have the final word. But in reality, my dad never gave in until he met Christ in a vision.

If you believe, you can do all things through Christ and be an example to your friends and family.

Because you are a miracle.