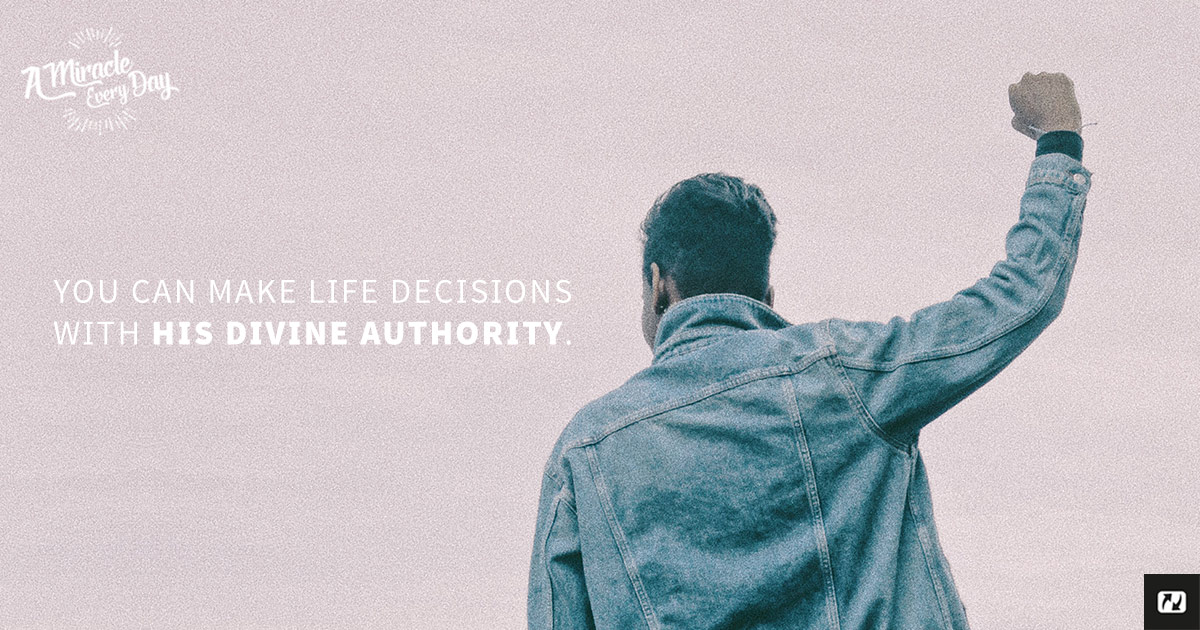 Home | A Miracle Every Day | Miracles | Would you like more divine authority?

Can you imagine making decisions with more authority? What would it be like to have enough authority to change a household, sports team, government, or business?

The word “power” in the New Testament is an interesting word. In the original Greek language, there are five words that are generally translated as power: “exousia,” “dunamis,” “energeia,” “ischus,” and “kratos.” The most common form of power that God wants to offer us is “exousia,” and it means divine authority.

What could you do with divine authority? God wants to download “exousia” into your life. Jesus said, “‘Behold, I give you the authority to trample on serpents and scorpions, and over all the power of the enemy, and nothing shall by any means hurt you.’” (Luke 10:19, NKJV) With divine authority, you can heal the sick, deliver people from bondage, run a company, conduct an orchestra, or lead a family. Because of divine authority, Jesus gave us this Great Commission: “‘Go therefore and make disciples of all the nations, baptizing them in the name of the Father and of the Son and of the Holy Spirit.’” (Matthew 28:19, NKJV)

Isn’t this an amazing promise? You can disciple nations; change industries; and influence schools, hospitals, and soccer leagues.

Several years ago, I started teaching this truth to my church. One day, my son responded to an altar call as people were asking God for one of the five powers. Samuel was only 16 years old at the time. On the way home from church, I asked him what he asked for. He answered, “Dad, I asked for divine authority to play basketball.” He was on one of the best high school teams in the nation but wasn’t getting a lot of playing time as a sophomore.

After that altar call, the team made it to the state finals, and my son played like a champ. One of the coaches approached me after the series and asked, “What’s happened to your son? He’s playing with so much authority!” I told him that Samuel had asked God for the gift of divine authority and received it.

You can ask for divine authority, and God will give it to you. You are a miracle.