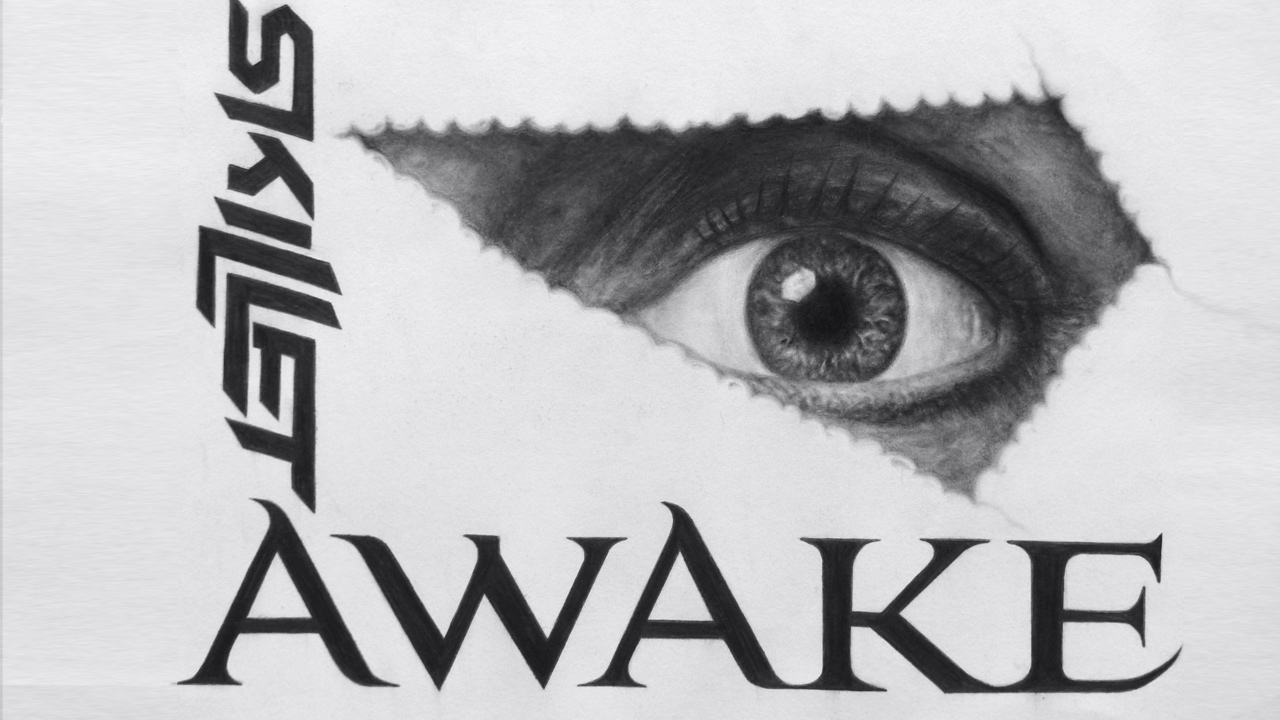 This guitar anthem is the title track from Christian rock band Skillet's eighth studio album, Awake. The artist explained the album's distinctive cover to Christianity Today magazine: "When I decided to call the album Awake, I talked to an artist about what I was looking for and what that idea meant for the record. It's that idea that you've been in a car wreck or something serious has happened to you. You're in a coma or you were knocked out and came to in a hospital. The idea was you're awake, which seems like a good thing, but maybe you are a little hesitant to take the bandages off because you're afraid of what you might look like. It worked well with the concept of the record that the world is getting darker and there are people that want to take your beliefs away by telling you that what's important is being cool and rich. But it's time for you to strip all that away, to wake up and face the world head-on.

I want people to feel hopeful from listening to this record. We want to bring hope to the hopeless. And going through some of the things I've gone through, maybe the Devil wanted to bring all this bad stuff into my life because he hoped I would be embittered toward God. But I clung to Jesus and found a friend. There's always hope. There's always a chance to start over."  (source)