Why are we still talking about Jesus?

What's the date of today? What is the year we're living in? This is the year 2019, Anno Domini, the year after Jesus. So, who is this Jesus with whom even our calendar is aligned with? You will be surprised finding out how many things are connected to this man who lived nearly 2000 years ago.

What does Anno Domini mean? Expand

The terms anno Domini (AD) and before Christ (BC) are used to label or number years in the Julian and Gregorian calendars. The term anno Domini is Medieval Latin and means "in the year of the Lord", but is often presented using "our Lord" instead of "the Lord", taken from the full original phrase "anno Domini nostri Jesu Christi", which translates to "in the year of our Lord Jesus Christ".

Jesus lived in a very interesting moment in history. The Middle East was also in his time a hotbed of political and religious forces. There were more revolutionaries in his time, but this Jesus was not the typical revolutionary leader asking his followers to be prepared for a brutal revolution and to take over power.

Watch movie 'The Life of Jesus'

The best movie about the life of Jesus Christ ever, following the gospel of John verse by verse.

Watch the movie for free

His message is even for today totally different. You will recognise his message in the phrases 'Love your enemies' and 'pray for them who curse you'. You can imagine the world will be quite different when we just follow this easy to understand, but hard to follow advice!

Jesus often had confrontations with people in powerful positions. 'My Kingdom is not of this earth' he explained. That is hard to grasp for people who only see what the eyes can see.

Jesus seems to look at the world differently. People in power weren't that interesting to him. Instead, he sees the people in the margin, the outcasts, the hated and ignored ones!

Jesus was preaching a message that looks very friendly but was frightening for the religious elite in his time. Often they attacked him, trying to find some error so they were able to condemn him.

For Jesus, there is a special place for the people suffering and people sick. There are many stories in the Bible where he's doing miracles, touching the infectious sick, healing them.

Jesus had a group of loyal friends around him, disciples, followers, man and woman. The people close to him were precious to him. He was able to talk plainly with them.

How is Jesus dealing with the sinners? People tried him out. Always he was asking a question where an accusation was flying back in the face of the accusers. He didn't judge. He forgave.

Often Jesus didn't speak just plain some truth. In fact, often he used stories to make you feel what it means to see the world as he sees it. He is referring to the kingdom of heaven where everything is working like it should be. Everytime again hinting at a different realm that is coming into our world. The rules are different than you're used to.

In 2018 bishop Michael Curry preached at the royal wedding of Prince Harry and Meghan Markle. 'There's power in love, don't underestimate it!' Millions of people listened.

Jesus message was love. But why did people kill Jesus? Well, not everybody liked him, his message of forgiveness and acceptance. Not everybody did like what he did. Some people were really not amused that he was 'a friend of sinners'. In the end, he was convicted as a criminal. Blasphemy was charged to him. The religious elite saw a great resignation in the message of Jesus.

Even during his suffering on the cross Jesus choose for love. He forgave the criminal who was convicted and executed at the same time. He prayed for the people who crucified him.

The Bible tells an extraordinary story. Jesus, the Jewish rabbi, rose from the grave they put him in. The story didn't end with his death. He is alive. Hundreds of people witnessed that he is alive. Christians believe he still is!

Birth Of The Church

There were often uprisings in history. Also in the Biblical times. In the centuries around year zero, there were even in Israel several rebellious groups trying to take over power. After a leader of these groups was arrested and killed, the groups appointed a new leader or the revolution died out.

But after the death of Jesus, this didn't happen. People believed Jesus was alive, they didn't need another leader. This is the main reason why there is until today still a vibrant church living out the same conviction: Jesus lives!

From the beginning being a follower of Jesus wasn't without risks. Many believers had to suffer because of their faith or were even martyred.

Father/pater Frans van der Lugt was a Jesuit priest, who was born and raised in the Netherlands and who lived and worked in Syria for several decades. He was killed/murdered there on April 7, 2014, in the city of Homs, aged 75. In his life, he established a community centre and farm near the city of Homs, Syria, where he worked for the betterment of people with disabilities and for harmony among Christian and Muslim people. Mid 2011 he left the estate because of the Syrian civil war and he established himself in the Jesuit monastery in the Christian district Bustan al-Diwan in Homs.

Christian organization Open Doors is reporting every year the countries where believing in Jesus will get you at risk (see the report). In 2018 these countries are in the top 10 of the list: North Korea, Afghanistan, Somalia, Sudan, Pakistan, Eritrea, Libya, Iraq, Yemen and Iran.

Did you notice that throughout history the church was taking care of the poor, the widowed, the orphans and the ill? The names of many hospitals are referring to their Christian origin, like Deaconess Hospital, St. Vincent's Hospital, St. Joseph's Hospital and Hospital of St John and St Elizabeth. Also, the care for the outcasts, like the work of Mother Teresa in Calcutta and the work of Salvation Army worldwide is inspired by the story of Jesus who showed that the broken were his priority! 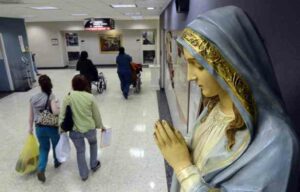 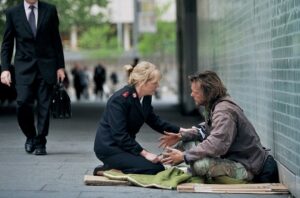 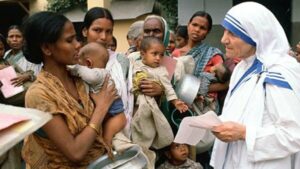 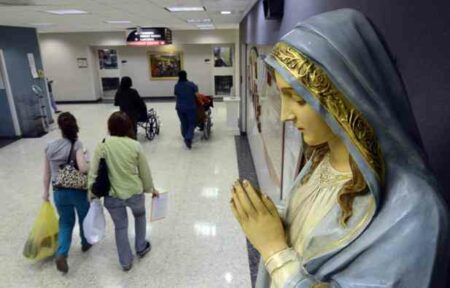 Many people are touched, inspired or influenced by Jesus. For some people their encounter with Jesus was life-changing. Others were inspired to just do what Jesus showed them to do. Listen to some testimonies from people. And you know what? You too can be touched by Jesus. Your life will never be the same!

What about you? What do you think about this Jesus? You can explore more!

A Miracle Every Day

Receive your daily encouragement in your mailbox. Subscribe now!

Forgiveness. A beautiful word. Or a complicated word. We have a free online course that helps you in the process of forgiving other people and become free!