“Beam me up, Scotty” 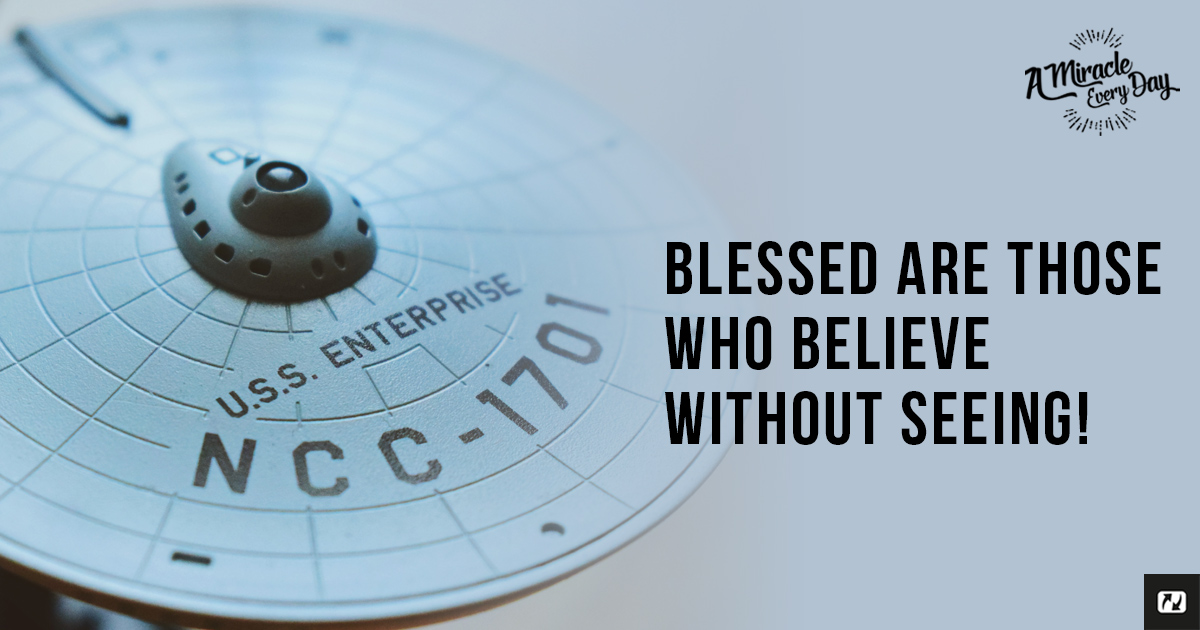 Home | A Miracle Every Day | Miracles | “Beam me up, Scotty”

Captain Kirk from the Star Trek series was one of my childhood heroes. He was charismatic, impetuous, and so brave. But millions adored him because he had a few one-liners, like “Beam me up, Scotty,” that seemed to speak to all of our sci-fi fantasies. Let’s face it—we’ve all wanted to be beamed up in crisis moments. Would you like to be beamed up right now? Although the technology is not here yet, I think we’ve all felt this way.

The book of Acts speaks about this type of event minus the technological advances: “After He said this, He was taken up before their very eyes, and a cloud hid Him from their sight.” (Acts 1:9, NIV) Can you imagine their surprise? Their shock? It is a good thing that two angels instantly showed up to explain the situation: “They were looking intently up into the sky as He was going, when suddenly two men dressed in white stood beside them. ‘Men of Galilee,’ they said, ‘why do you stand here looking into the sky? This same Jesus, who has been taken from you into heaven, will come back in the same way you have seen Him go into heaven.’” (Acts 1:10-11, NIV)

I love this story because I can relate to these believers. I’ve never seen angels, demons, or someone beamed up, but I believe. The Bible says, “Then Jesus told him, ‘Because you have seen Me, you have believed; blessed are those who have not seen and yet have believed.’” (John 20:29, NIV)

Can you believe without seeing? Can you put your trust in a Jesus who will come back the same way He left? I can, and you can, too.

Because you are a miracle.