Kingdoms are up for grabs 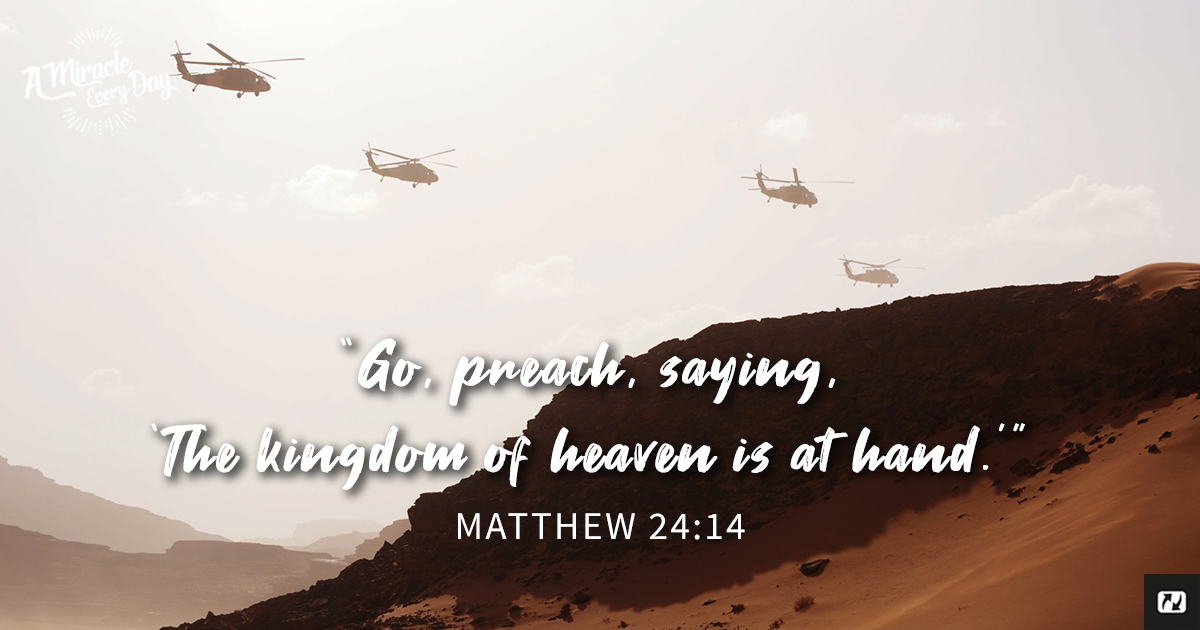 Home | A Miracle Every Day | Miracles | Kingdoms are up for grabs

Did you know the kingdoms of the Earth are being invaded? To be perfectly honest with you, the kingdoms of the Earth have been ruled by the prince of the power of the air. Sounds a little bit like Star Wars, doesn’t it? Here’s what the Bible says about this: “As for you, you were dead in your transgressions and sins, in which you used to live when you followed the ways of this world and of the ruler of the kingdom of the air, the spirit who is now at work in those who are disobedient.” (Ephesians 2:1-2, NIV)

Jesus had a revolutionary plan to invade the earthly kingdoms through defeat. He wanted to bring the Kingdom of Heaven down to Earth, and He had this one plan: to be betrayed, tortured, and killed by His own people. What kind of plan was this? Who would invade a new land with a plan of death to the leader? Jesus, that’s who. The Bible says, “For this very reason, Christ died and returned to life so that He might be the Lord of both the dead and the living.” (Romans 14:9, NIV)

It’s time to join the invasion plan of Jesus. Let’s bring the Kingdom to university campuses around the world. Let’s get practical by coaching Little League soccer or baseball. Train your children to do programming, science research, art, and business. Empower them to bring Kingdom principles to their schools and dance troupes. As I’m writing, one word comes to mind: relevance. Authentic Christians aren’t called to run away from a broken world but to run to it. Jesus said, “‘And I tell you that you are Peter, and on this rock I will build My church, and the gates of Hades will not overcome it.’” (Matthew 16:18, NIV)

You are called to impact your sphere of influence. Join the greatest invasion of all time. Jesus is leading the way, so just say yes and enlist. Wisdom and favor will flow through you. It’s time to rebuild our businesses, careers, and families. Let’s take our cities back by the grace of God.

You can do it because you are a miracle.