May the real King stand up 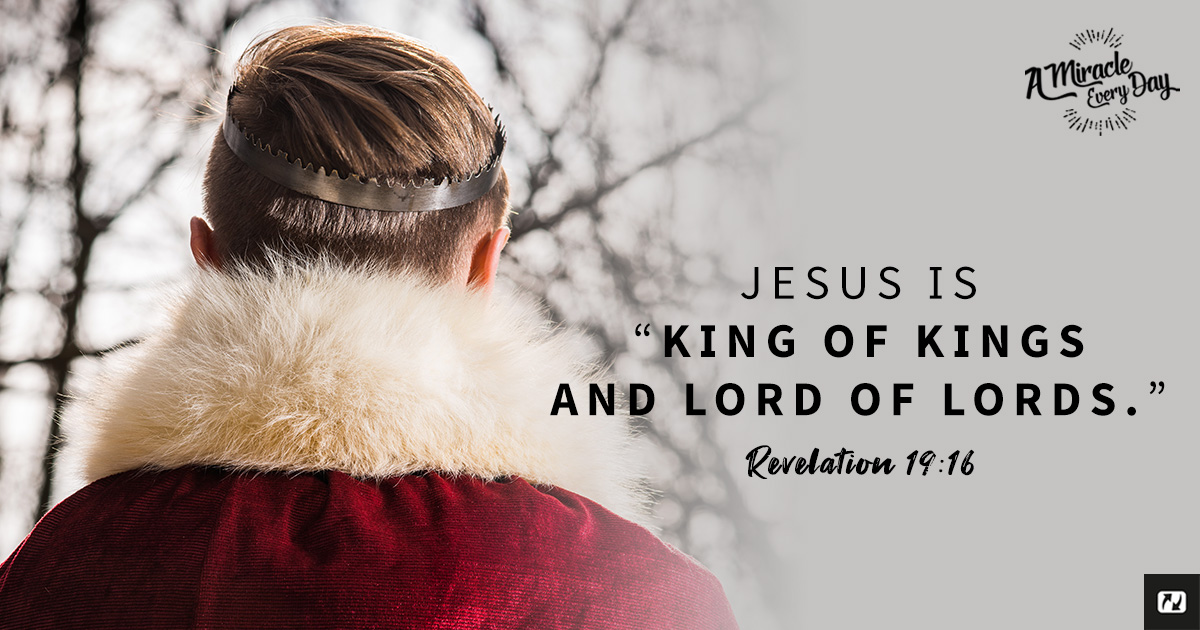 I grew up in the ’60s and ’70s, so I’ve seen a lot. I remember the first man on the moon, the Vietnam War, the birth of the Beatles, and the first computers. In hindsight, I think about the great saviors and kings that our society offered: politicians like President Nixon, athletes like O.J. Simpson, rock stars like Michael Jackson, or movie moguls like Harvey Weinstein. They all have one thing in common—they are human. They all make mistakes and can crash and burn. Even though we may call some of them idols, we know deep down that they shouldn’t be.

The Bible says, “Therefore God exalted Him to the highest place and gave Him the name that is above every name” (Philippians 2:9, NIV) and “that at the name of Jesus every knee should bow, of those in heaven, and of those on earth, and of those under the earth, and that every tongue should confess that Jesus Christ is Lord, to the glory of God the Father.” (Philippians 2:10-11, NKJV)

I also learned this lesson from my father. He was running a paper mill in the small, French Canadian town of Joliet. One day, he asked me to caddie for him at a celebrity golf tournament. I was so thrilled because I was going to meet my sports idols from the Montreal Canadiens. I had my little autograph book all ready to go. You should’ve seen my eyes when John Ferguson joined our foursome. He was my idol until the first hole. Ferguson was a tough hockey player with a mean temper that showed itself on his first errant shot. I heard a few choice words and saw a club take flight. That day, I discovered he was just a man. I heard my father’s words: “Paul, all men bleed red.”

The world is looking for a king, but where is he? There is only one true King, one God. John says it so well: “In the beginning was the Word, and the Word was with God, and the Word was God.” (John 1:1, NKJV) And so does Paul: “Now to the King eternal, immortal, invisible, the only God, be honor and glory for ever and ever. Amen.” (1 Timothy 1:17, NIV)

If you’ve been disappointed by people, it’s time to turn to Jesus, the real King. Faulty idols will always crumble, but the King will stand forever.

Never forget you are His miracle.