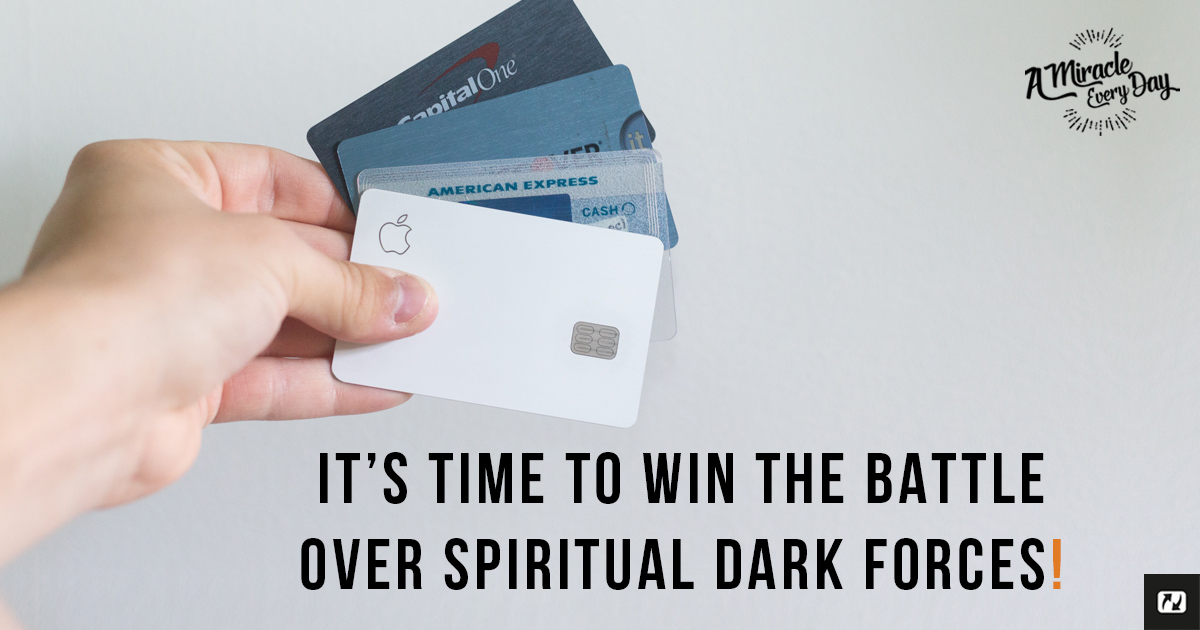 Home | A Miracle Every Day | Miracles | My first credit card… ?

I remember the excitement of receiving my first credit card in the mail when I was 25 years old. It was so cool, so bright and shiny. I felt like I had achieved something special until I received that first bill. Then reality came knocking on my door.

Do you remember your first credit card? How did you feel when you received it?

Credit cards are a form of delegated authority. Every card has a spending limit. Your purchases are guaranteed by the bank or credit union. Then the credit company requires you to pay it back.

The Heavenly credit system is quite different. Jesus describes the terms in Luke: “I have given you authority to trample on snakes and scorpions and to overcome all the power of the enemy; nothing will harm you.” (Luke 10:19, NIV)

Jesus has full authority, and He has access to all wealth, health and happiness. In Luke 10, He gives the 72 disciples authority over sickness, forgiveness, invisible forces and evil. This authority is called delegated authority. Like a bank, Jesus has all the resources of heaven, which He transfers to you so you can transfer them to others. Unlike credit cards, you don’t have to pay them back, and there are no limits.

You’ve been given authority over every evil force and stronghold. The Bible says, “…He who is in you is greater than he who is in the world.” (1 John 4:4, NKJV)

You can access all the favor and blessings from heaven for yourself and everyone you can influence. It’s time to win the battle over the spiritual dark forces that are intent on taking you down and out. I pray that you will seize the heavenly credit card and try to max it out.

Don’t forget you are victorious because you have unlimited access to the resources of heaven. Be generous and courageous.

Because you’re a miracle.